Courage And Hope Drove This Teacher To The Middle East

It’s not about me, but I used to think it was!

I was raised in Indiana where I attended Heritage Christian School. Although I was brought up in a Christian environment as a child and teenager, I didn’t consider faith in God an important part of life as an adult. Religion seemed to work for some people, but I couldn’t fake something I didn’t really believe in. As an alternative, I decided to pursue success in my education, career and sport and find fulfillment in achievements, experiences and personal interests.

Religion seemed to work for some people, but I couldn’t fake something I didn’t really believe in.

WHAT TO DO WHEN I GROW UP

I settled on a career in investment management with J.P.Morgan and moved to New York City in 2008, one week before Lehman Brothers collapsed sending Wall Street into a tailspin. 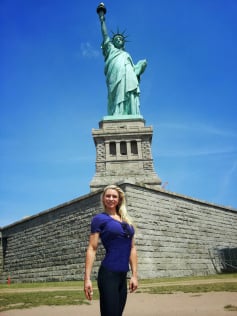 In an effort to advance my career, I earned the Chartered Financial Analyst (CFA) designation, and I was nominated as a top-30 global associate with my company. In 2011, I was promoted and relocated to San Francisco. A few years later, I was hired by Orange County Employees Retirement System to do economic and risk analytics and was awarded the 2014 GFOA Award for Excellence in Government Finance.

I always felt like there was something more I was supposed to be doing with my life.

I am grateful for the decade of experience I gained in business management, public speaking and economic analysis, but I always felt like there was something more I was supposed to be doing with my life.

To fill the void, I put my heart into becoming a pro-fitness competitor. I valued the virtues of self-control, discipline, perseverance and hard-work that the sport of bodybuilding demanded, and I liked the attention I got for being in top shape. 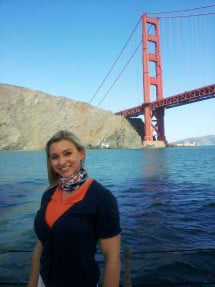 I spent my free time before and after work at the gym or studying the latest research on nutrition and kinesiology. After 11 years of dedication and pain, I earned professional status in the International Federation of Bodybuilding in 2012.

Similar Blog Post: “Together We Can Do So Much”

I thought this achievement would bring me great personal gratification, but all I felt was disillusionment with the self-centered aspects of who I’d become.

Living life for myself didn’t ever make me consistently happy. In fact, my lifestyle choices seemed to only make me feel more empty and unhealthy inside. I think God waits for us to get to the end of our “self” before He will be revealed.

After 11 years of dedication and pain, I earned professional status in the International Federation of Bodybuilding in 2012.

Although I wasn’t purposely looking for God, God came and found me. On January 16, 2014 I had a personal revelation of Jesus Christ and decided to give His Way a try. Nine months later I made a trip to Israel to get baptized in the Jordan river, but my vacation turned into an adventure of a lifetime.

I decided to stay in the Middle East for 6 months, take a break from my career in finance, and devote my time to helping the needy. I’d never done any sort of community service or humanitarian work before. I’d lived a selfish life, and it was time that changed!

I think God waits for us to get to the end of our “self” before He will be revealed.

After returning home to spend time with my family in May 2015, I began to get involved with the Crescent Project, an organization that instructs Christians how to communicate effectively with Muslims. 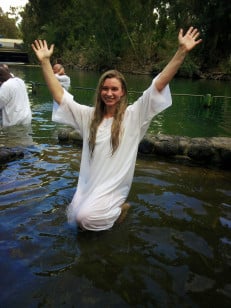 In the course of volunteering in my local community, an opportunity arose to return to the Holy Land.

Starting in August 2016, I will begin serving as a Social Studies teacher and Physical Education Instructor at a Christian school in the West Bank region of Israel. I am excited to use the talents God has given me to help improve the lives of those in less fortunate situations.

I began to get involved with the Crescent Project, an organization that instructs Christians how to communicate effectively with Muslims.

By living a life of sacrificial love, I am inspired to encourage children to grow into educated adults who are equipped to fulfill their unique God-given purpose.

Jesus Christ has made all the difference in my life. Before Christ, although I had achieved what I wanted and bought happiness in experiences, there was always a looming sense of emptiness, aimlessness and loneliness on the horizon.

I am inspired to encourage children to grow into educated adults who are equipped to fulfill their unique God-given purpose.

It took a lot of bravery to walk away from everything I worked so hard for, but I’d do it all over again.

Today, I have an ever present sense of peace, love, purpose and contentment that can only be found by living life in obedience and surrender to God.

PREVIOUSNEXT
Together we can do so much…Teaching in the “Middle East” Can Be Rewarding But Risky?